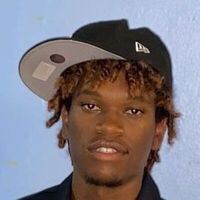 Kevin Calvin Lawrence departed this life on Friday, February 11, 2022, at the age of 22. He was a native of Gretna, LA and a resident of Harvey, LA. Kevin was employed as a Tugboat Helper. He was a member of Mopar Hellraisers Car Club. Loving father of Kace Alexander Knox. Beloved son of Kevin Stevenson and Gaynell Canselo. Brother of Kyle Canselo, Gregory Canselo, Tia Stevenson, and Tamara Lawrence. Nephew of the late Brooke Canselo, Stella Canselo, Kim Jackson, Evans Canselo, and Corey Canselo. Kevin is also survived by a host of nieces, nephews, cousins, other relatives, and close friends. Private family service will be held. Arrangements by Davis Mortuary Service 230 Monroe St. Gretna, LA .To view and sign the guestbook, please go to www.davismortuaryservice.com.

To order memorial trees or send flowers to the family in memory of KEVIN CALVIN LAWRENCE, please visit our flower store.