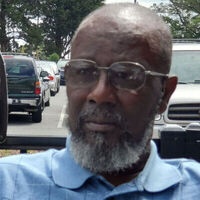 DUE TO COVID-19 PANDEMIC ATTENDANCE WILL BE LIMITED TO 70 PEOPLE. IT IS MANDATORY EVERYONE ENTERING THE MORTUARY WEAR A FACE MASK OR SOME TYPE OF FACE COVERING.

To order memorial trees or send flowers to the family in memory of ERNEST LEE NETTLES, please visit our flower store.