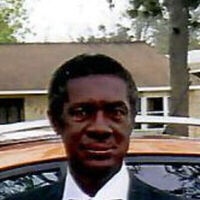 Curtis “Curt” Robert Triggs departed this life at West Jefferson Medical Center on Thursday, March 17, 2022, at the age of 58. He was a native of New Orleans, LA and a resident of Avondale, LA. Curtis was educated in the Jefferson Parish Public School System. Loving father of Corey (Nina) Kennedy and Jacqueline Kennedy. Son of the late Arthur and Leotha Triggs. Grandson of the late Adam and Amy Every, William Triggs, and Alma Holmes. Beloved brother Archieve (Catherine) Triggs, Leona (Larry) Terrell, Elder Linda Triggs, and the late Russell Triggs. Uncle of the late Rachel Harris. Curt, as he is affectionally known to family and friends, is also survived by 6 grandchildren, and a host of nieces, nephews, cousins, and friends. Relatives and friends of the family are invited to attend the Funeral Service at DAVIS MORTUARY SERVICE, 6820 WESTBANK EXPRESSWAY MARRERO, LA on Saturday, March 26, 2022, at 10:00a.m. Visitation will begin at 9:00a.m. until service time at the above named parlor. Interment: Restlawn Park Cemetery-Avondale, LA To view and sign the guestbook, please go to www.davismortuaryservice.com.

DUE TO COVID-19 PANDEMIC ATTENDANCE WILL BE LIMITED. IT IS MANDATORY EVERYONE ENTERING THE MORTUARY WEAR A FACE MASK OR SOME TYPE OF FACE COVERING.

To order memorial trees or send flowers to the family in memory of CURTIS ROBERT TRIGGS, please visit our flower store.